What Could Changes To Alabama's Payday Lending Industry Mean For You?

If you're a resident of Alabama who occasionally takes advantage of a payday loan to help get you through a cash crunch, you're not alone -- more than 46,000 payday loans are taken out each week in the Yellowhammer State. While these loans can be invaluable in helping bridge the gap between paychecks or assisting you in maintaining utility service during a period of unemployment, pending legislation could significantly affect the way these loans operate. Read on to learn more about the changes that may be coming to Alabama's payday loan laws, as well as what these changes could mean for your next payday loan.

What pending legislation could change the way payday lenders operate in Alabama?

Under Alabama's current laws, payday lenders are permitted to charge rates as high as 17 and a half percent on loans with a two-week term, for an annual percentage rate (APR) of 455 percent. Because many of the individuals who take out payday loans roll these loans over to avoid immediate repayment, these interest rates can sometimes help you dig a hole from which it's difficult to extricate yourself. Most payday loans in Alabama are required to be repaid within 10 to 30 days, which can sometimes be difficult if you have other financial obligations and your next paycheck is already spoken for. Rolling over your payday loan is usually an option, but this can capitalize your interest, adding it back into the loan balance and increasing the amount on which you're charged interest. After a few weeks or months of this cycle, you may find yourself spending most of your money servicing these payday loans rather than paying other bills.

If a bill that's currently pending in the Alabama House is signed into law, these interest rates and repayment terms may change significantly and save you money. Instead of charging a 17.5 percent interest rate on short-term loans, payday lenders will be capped at a 15 percent rate. Payday loans will also have their minimum terms extended, with repayment periods now ranging from 28 to 45 days rather than the previous 10 to 30 days. This reform can provide borrowers with additional time to come up with the repayment funds or make other arrangements to prevent defaulting on their payday loan and destroying their credit.

How can these changes affect your ability to take out a payday loan in Alabama?

While payday reforms in other states have sometimes severely curtailed the number of lenders willing to extend credit, Alabama's proposed reforms are mild enough that they shouldn't put a major dent in the payday loan market. If you qualified for a payday loan under the old laws, you'll likely continue to qualify under the reformed ones -- however, you may need to provide some additional documentation to establish your ability to repay the loan. In an effort to ensure responsible payday loan use, lenders are sometimes requiring more than just the typical pay stub or bank account statement, even requesting tax information or a historical account of income (like a W-2 or 1099).

You'll also enjoy a lower interest rate and longer repayment period than previously available for these loans. It's important to take note of the new due date of your payday loan and ensure it's repaid (or rolled over) in time to avoid any additional interest charges. You may want to set aside a portion of each paycheck you receive between the time you take out the loan and the time you're required to repay it to ensure you're not caught without funds or forced to incur more costs in order to keep this money for just a bit longer. 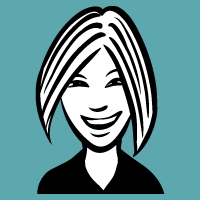 Hey everyone. Welcome to my site. I am Izyl. I would like to talk to you about saving your pennies. I will explore all of the ways you can save more money each day. The methods I provide help your cash grow year by year without making big changes to your lifestyle. I will present many different options to help you all find a way to save money while still taking into account your finance needs. I hope to inspire others to come up with their own smart money-saving tactics. Thank you for coming to visit my website about saving money. See you again soon.